I’m not sure how long I’ve had MOG. After college, I battled headaches, nausea, and fatigue. I always attributed these symptoms to something else: eye strain from staring at a computer, long nights out, or general 20-something malaise. Now, I wonder if any of that is linked to MOG. What I do know is related to MOG occurred in the spring of 2019. I had recently turned 26, was pursuing my MBA, and besides a ferocious chest cold from earlier that year, considered myself healthy. 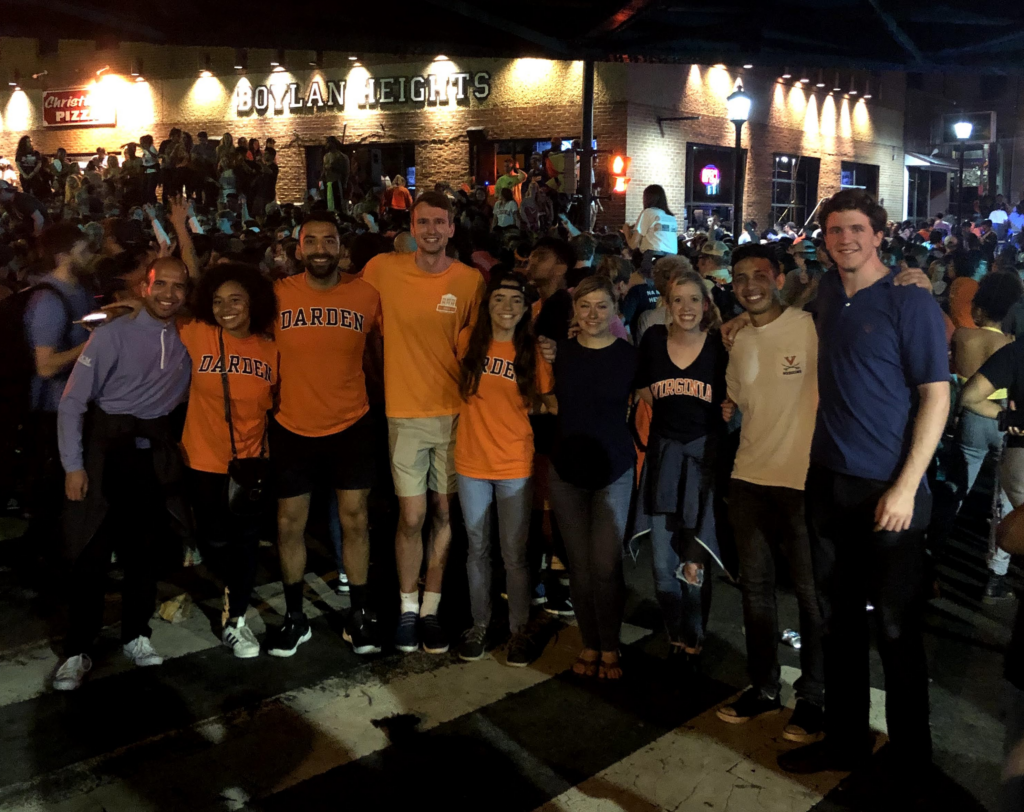 But over the course of one week in mid-April, I suffered from a variety of odd symptoms: a neck ache, severe lower back pain, nausea, vomiting, tingling sensations, chills, leg weakness, and headaches. Halfway through the week, I stopped being able to pee. I went to see several doctors. But the doctors attributed these symptoms to far less serious diagnoses: first, a UTI — and when that test came back negative — a pinched nerve and dehydration from vomiting. I was given a muscle relaxant to ease the pain and fluids to mitigate the dehydration.

Towards the end of the week, I visited my mom. She agreed something was off. When I wasn’t better in the morning — despite consuming gallons of Gatorade overnight — she took me to the ER. By this point, the pain was so bad in my bladder and I had such a terrible headache that I struggled to walk. At the ER, the doctors once again suspected that I had a UTI. When I told them I already had been tested, they decided it might be a kidney stone. My nurse didn’t buy it — she insisted that I receive an MRI and a neuro consult. My mom and I sat waiting in the ER for several hours. By the time I was seen by neuro and admitted to the hospital, the disease had run rampant. I was too weak to walk, and I had trouble focusing. I also felt my legs begin to go numb. I was transferred to the ICU in the middle of the night – and by the morning, I was completely paralyzed from the chest down.

I stayed in the hospital for three weeks. I was treated with antivirals, antibiotics, steroids (which the doctors stopped after about a day, since they didn’t think the steroids were helping) and PLEX. In addition to the paralysis, which the doctors diagnosed as transverse myelitis, I also had double vision. Towards the middle of my stay, my MOG antibody test came back positive. I was then given two doses of Rituximab, spaced one week apart. The last day of my hospitalization, I thought my hips moved ever so slightly. The doctor wasn’t so sure – he told me instead that I had a slim chance of ever walking again.

I spent the next two months at an in-patient rehabilitation hospital, doing physical and occupational therapy. I also had the good fortune to meet with Dr. Michael Levy, who diagnosed me with ADEM and put me on Cellcept as a preventative. After about a week of in-patient rehab, my toe moved – but it was a weird, delayed movement, occurring minutes after I had tried to wiggle it. The rehab doctor thought it might be a spasm. Two weeks later, though, I moved my toe on command. Over the next several months, I started to move more of my body. With the help of therapy, I grew stronger, got out of my wheelchair, and used a walker. But I could still barely feel anything from the chest down. I also struggled to coordinate my movements and I had no idea where my legs were in space, which perplexed my physical therapists. To walk, I had to stare at my feet and consciously think about every movement – pulling my hip forward, bending my knee, putting my heel down first, and pushing off with my back leg. Walking without thinking seemed impossible.

By the fall, I had returned to my MBA program as a part-time student. I had gotten off all the medications I had been put on while I was in the hospital: Baclofen, Gabapentin, and Cymbalta. No doctor told me to do so. I just wanted to, and I felt that I could get enough pain relief from other methods, such as stretching. In late September, though, my mood started to fade. I felt extremely sad. And I could barely stay awake for more than a few hours. Once again, though, we attributed these symptoms to other causes, such as withdrawal from the medicines.

One day in mid-October, about a week after I had transitioned to a cane, I had a terrible headache, my face drooped, and my right foot kept dragging. I also kept mixing up my words. We went to the ER, where an MRI confirmed the disease was flaring up – the entire left side of my brain was inflamed. I was immediately given a high dose of intravenous steroids (followed by an oral steroid taper), PLEX, and then IVIG. I stayed in the hospital for two weeks, and the difference these weeks made was astounding. I suddenly felt like I had legs again – I had a sense of where they were in space, and with each subsequent IVIG treatment, that awareness of my body increased. My coordination also dramatically improved. And slowly but surely, albeit painfully, my feeling began to return. I ditched the cane. It’s been a little over a year since the initial attack – and about seven months since the second. I spent a total of 95 days in the hospital, including in-patient rehab – and too many hours to count in out-patient therapy. But on May 20th, 2020, my physical therapist told me that she didn’t think anyone would be able to tell by my walk that something had happened. I can carry a backpack. I’ve started jogging. And I’ve started driving again. And I’m finally going to do the internship that I missed last summer, although remotely, since now there’s a pandemic.  The recovery certainly has not been easy, but I’m thankful that I have such a committed team of doctors and therapists to help me through it – not to mention wonderfully supportive family and friends. One therapist told  me that it takes 10,000 repetitions to build new neural connections – and that’s a lot. But it’s not impossible. You just have to keep hoping, thinking, and moving.

A Story About Newcastle, His Extraordinary Abilities, And Our Partnership My name is Andrea, and I have lost most of my sight in both eyes…

Timing is of the Essence: A Mayo Diagnosis

My name is Andrea Mitchell and this is my MOG story. I am hoping to help other people going through this condition understand the importance…

Read More »Timing is of the Essence: A Mayo Diagnosis

A Story of ADEM and a New Illness: MOG Antibody-Associated Disease

At 5 years old, my daughter Isabel was a beautiful, bubbly girl with no health problems.  I took her to the Father-Daughter Dance and she…

Read More »A Story of ADEM and a New Illness: MOG Antibody-Associated Disease