Like birthdays and anniversaries, November 12, 2017 will forever be a date etched in my memory. My daughter, Sophia had a fever and fell asleep on my husband. It was so sweet that I took a picture. Little did I know this picture would represent the start of a long journey for our family, her headaches, confusion, anger, our countless trips to doctors’ offices, the Emergency Room and eventually, hospitalization. 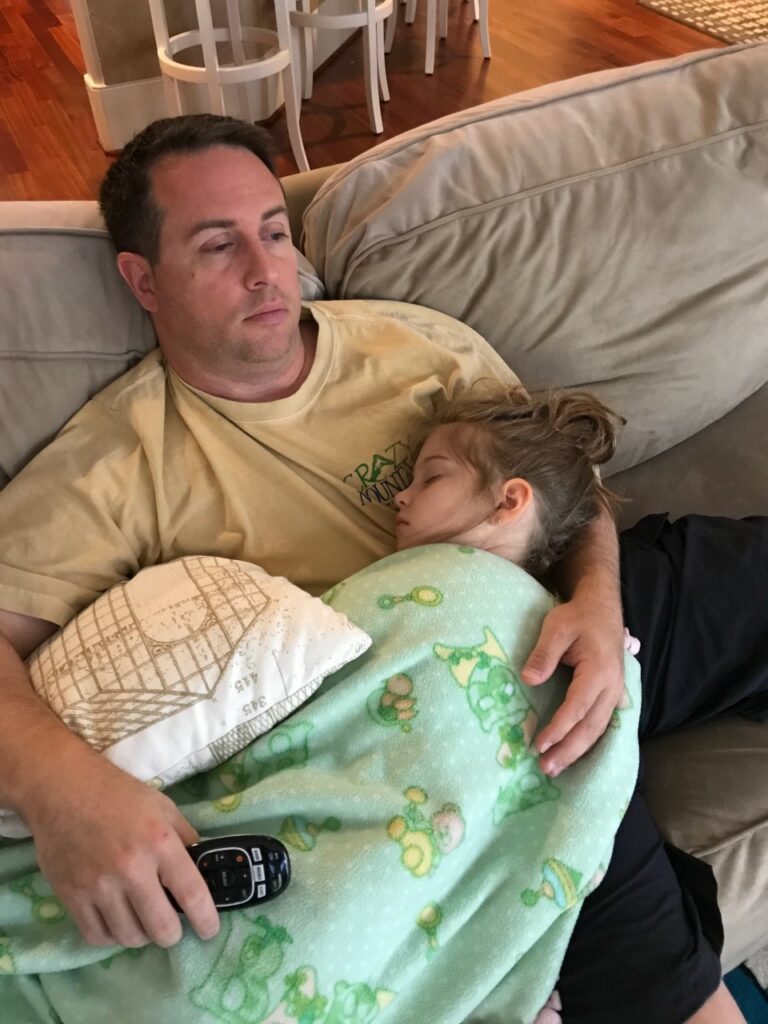 For the first seven years of her life, Sophia was a happy and healthy little girl. After her fever that November day, she started experiencing debilitating headaches and changes to her personality. She would have angry outbursts and spontaneously start crying. She was confused and forgetful.

In the weeks that followed, her symptoms were dismissed by doctors as a sinus infection or migraines. My husband and I knew it was something more and fought hard to get her the care she needed. She was hospitalized at one point and given anti-migraine medicine and steroids. In hindsight, she improved each time she was on steroids, but the effects were short-lived once her taper was finished.

Sophia missed numerous days of school during this time. On a day she was going back, she had a massive absent seizure in our living room. Her entire body froze, and her eyes became fixated on the ceiling. Somehow, I knew she was having a seizure, but didn’t think to call 911. We carried her to the car and drove to the nearest hospital 10 minutes away.

Watching our little girl seize in the ER while doctors frantically worked to stabilize her was terrifying. The sheets were soaked with blood from failed IVs. She seized off and on for what seemed like an eternity. As soon as she was stable, she was transported to a larger hospital. I realized the severity of the situation when the critical care team rode with us for the 20-minute ambulance trip.

Sophia was in and out of consciousness for the next few days. An MRI confirmed encephalitis, but they could not determine the cause. The head of the PICU sat us down and recommended we transfer to one of the teaching hospitals in the area. I will always be grateful to him for his candor about the complexity of her condition and his incredible empathy.

We embarked on another ambulance ride, with the same critical care team, this time to an even bigger hospital. We were met with a revolving door of specialists; Hematologists, Oncologists, Infectious Disease Specialists, Neurologists, Rheumatologists, all trying to determine the cause of her encephalitis. We racked our brains in answering their questions. Could it be the alligators we fed on vacation? Or the beach we went to after a hurricane? Was she scratched by an animal or bitten by a tick?

Sophia continued in the throes of encephalitis, becoming extremely angry and agitated. Her arm was strapped to a board, so she wouldn’t rip out her IV. She was violent; punching doctors, EEG techs and the IV team. I’m certain her screaming woke up the entire floor at night. She developed facial tics and auditory hallucinations. One night, her oxygen levels were dangerously low, and her PICU nurse and I spent the entire night watching the monitors, holding oxygen by her face. 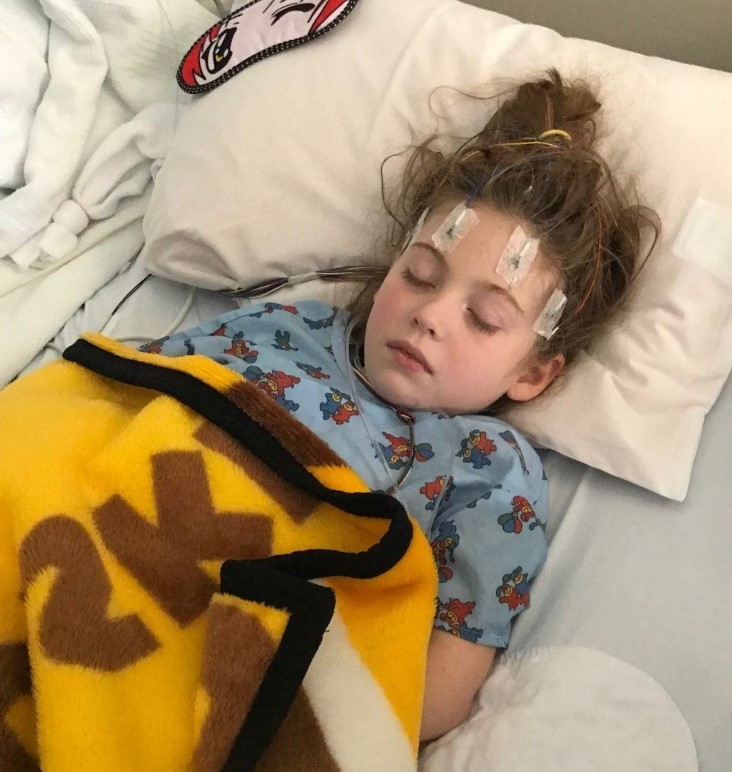 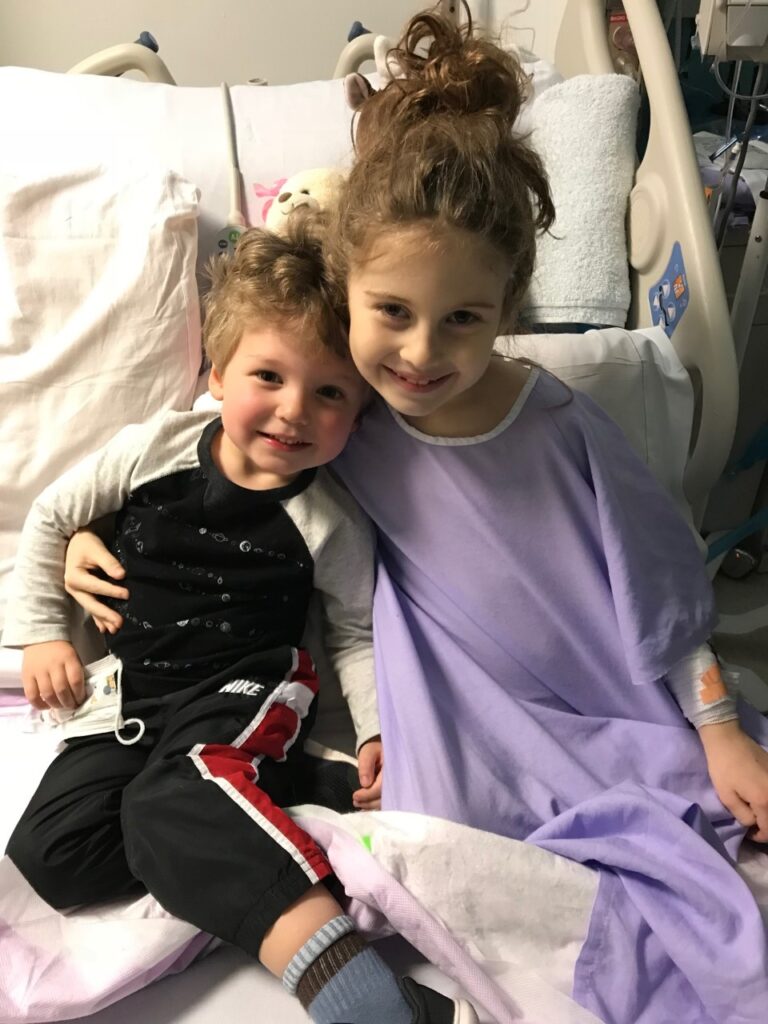 After a few days of IV steroids and IVIG, Sophia began to wake up. The excitement that she was starting to get better was tempered by the realization we had lost part of our little girl. She had absolutely no memory of her little brother and had lost a significant amount of her vocabulary. It was devastating. However, over the next few days, she made an amazing recovery and was getting closer to the Sophia we knew before this illness.

Her diagnosis at discharge was Seronegative Autoimmune Encephalitis. However, two days after she was discharged, she experienced Optic Neuritis. She was hospitalized again for another round of IV steroids. Thankfully, her doctors were aware of MOGAD and immediately sent her blood to the Mayo Clinic for MOG Antibody testing. A week later, we received her positive test result.

Sophia was diagnosed with MOGAD within three months of initial symptoms. Her case exemplifies being in the right place at the right time and I am forever grateful to her doctors for that. For many MOGAD patients, the diagnosis journey is much longer. Sophia has made nearly a full recovery, her brain lesions have healed and while she still struggles with vision issues, she tests at 20-20. She has remained fairly stable the past few years and continues to take immunosuppressants to keep the MOG antibody at bay. 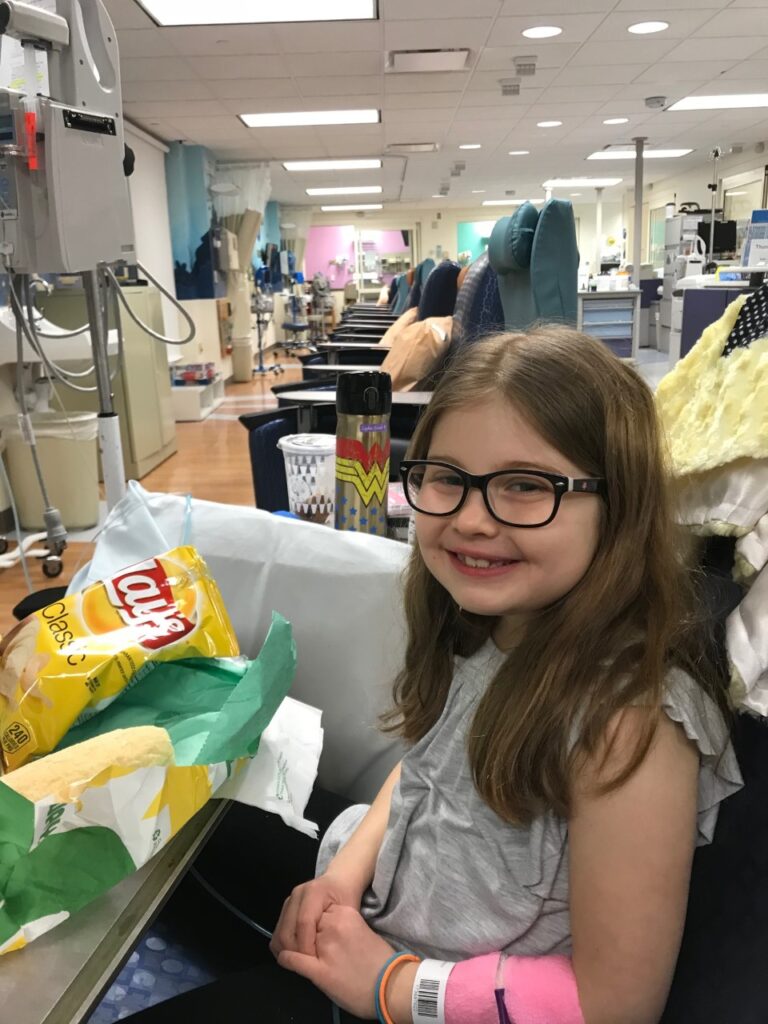 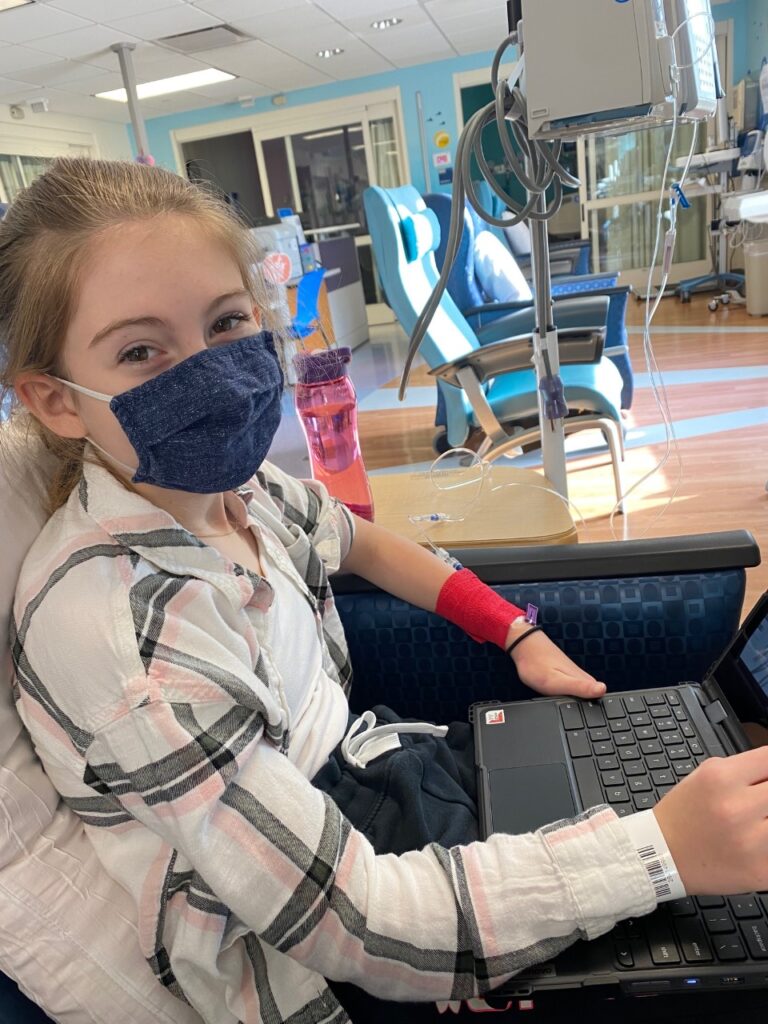 Our lives have been forever changed. There will always be a line representing Sophia’s MOGAD diagnosis in our family’s timeline. During this journey, we have met incredible people who are part of the MOGAD community. I am a Board Member and Pediatric Ambassador for The MOG Project. Working with this amazing organization has enabled me to channel my anxiety, frustration, and fear over Sophia’s diagnosis into something productive. I am so proud of the resources, support, and advocacy we provide for MOGAD patients and their caregivers every day.

Sophia continues to face her challenges head-on with strength and perseverance. She is funny, artistic, beautiful, a talented musician and an amazing person. Our family hopes that over time, MOGAD becomes a smaller part of our life. For now, we’ll face the challenges together, with courage, strength, a few tears, and a lot of love. 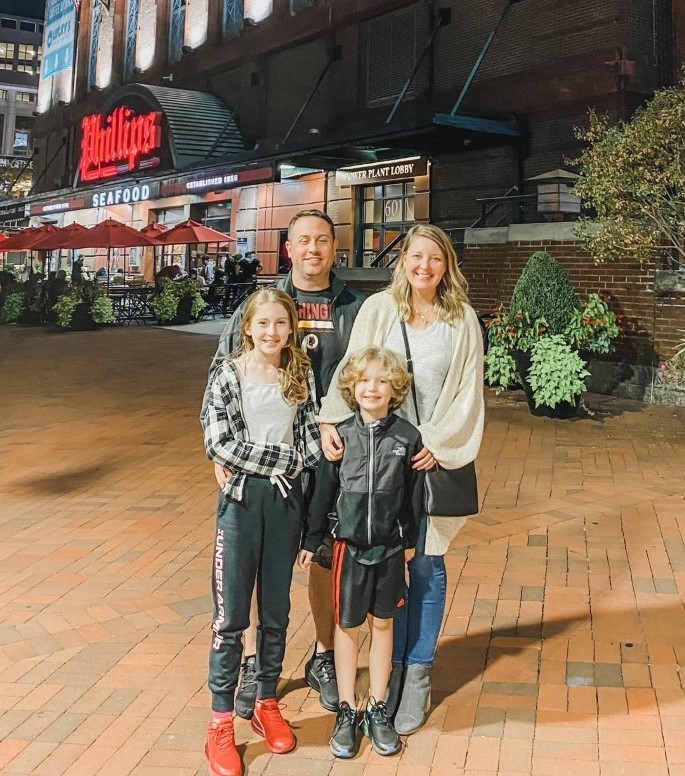 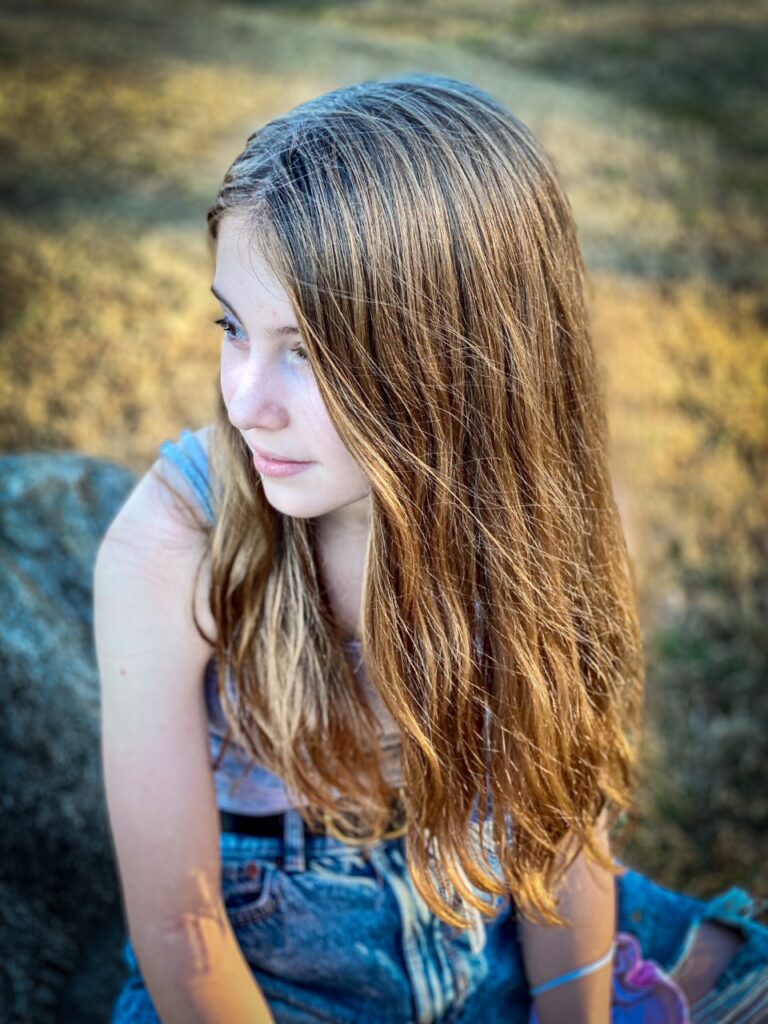 By Jennifer Gould, Director of Pediatric Research Advocacy and Executive Board Member of The MOG Project 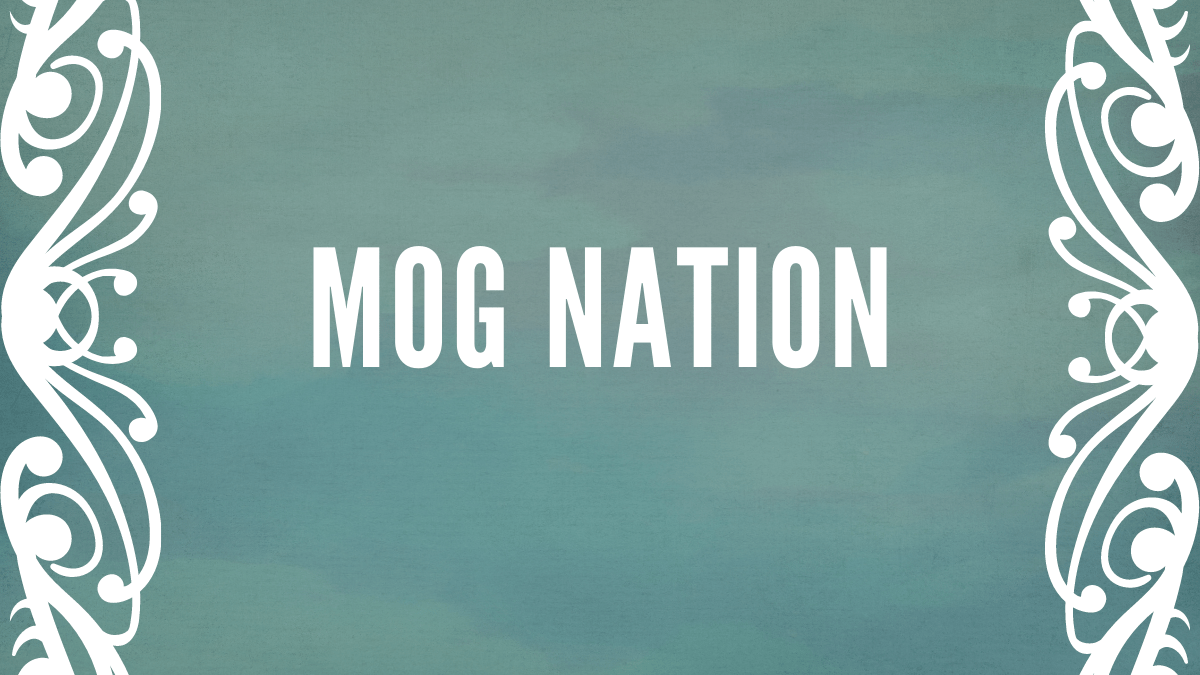 Chuck’s Story: Getting Ahead of MOG

In late December of 2018 I temporarily lost sight in my right eye, lost color vision in my left eye, and had severe pain “behind”…

Read More »Chuck’s Story: Getting Ahead of MOG

My first isolated neurological episode was in 2001.  It was a stand alone episode that mimicked a stroke.  After four hours in the ED they… 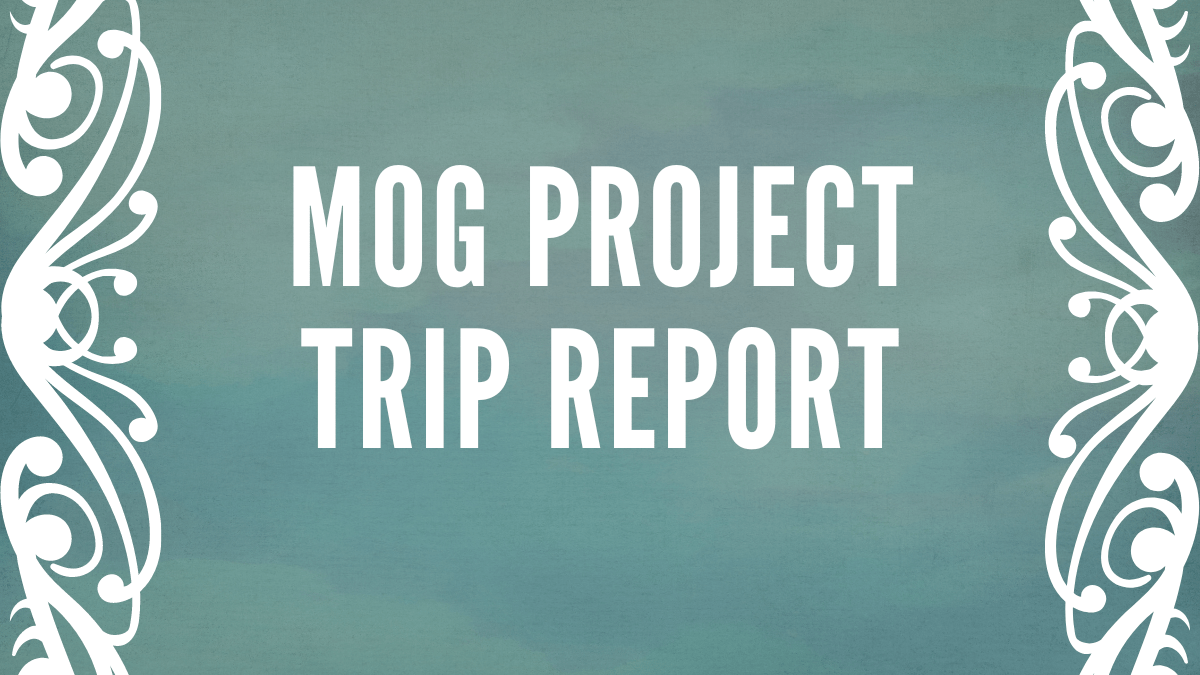 For our third time together this year, I walked down the hall of the second floor of the Hilton LAX, Los Angeles, California, with our…

Dr. Levy is an Associate Professor in Neurology who was recently recruited to lead the new Neuroimmunology Division at the Massachusetts General Hospital. His mission is to build a combined clinical and research neuroimmunology program to develop therapies for patients with autoimmune diseases of the central nervous system. Dr. Levy moved from Baltimore, MD, where he was one of the faculty at Johns Hopkins University since 2009 and Director of the Neuromyelitis Optica Clinic.

In the laboratory, Dr. Levy’s research focuses on four main areas:
1. Development of animal models of neuromyelitis optica (NMO) with the goal of tolerization as a sustainable long term treatment: His team generated a mouse model of NMO based on pathogenic T cells reactive against the aquaporin-4 water channel. Now, they are using this mouse model to create a tolerization therapy to desensitize the immune response to aquaporin-4.
2. Genetic basis of transverse myelitis: His team discovered a genetic mutation in VPS37a found in a group of patients with a familial form of transverse myelitis (TM). To understand how this gene is involved in this immune process, they generated a mouse model with this mutation.
3. The immunopathogenesis of MOG antibody disease: This may depend on a subset of T cells called gamma/delta T cells. These specialize T cells react to MOG in mouse models and attack the central nervous system. In addition to understanding why and how these T cells are involved in MOG antibody disease, they are developing a treatment to target these cells.
4. Biomarker assays for other autoimmune diseases of the central nervous system: They are developing assays that detect autoreactive T cells in NMO and MOG antibody disease. In parallel, they are screening for novel antibodies to glial cells in related disorders such as encephalitis and optic neuritis.

Learn About The MOG Initiative